Presumably, the FONDA COMA already existed in Ordino at the end of the 19th century in the hands of Bonaventura Coma Riba (from Casa Ramonguem) and his wife, Maria Antonia Pintat Moles, from Meritxell. Bonaventura was a hotelier, farmer, porter and a very good businessman. He had a lot of cattle (cows, horses, mules, …) and he attended all the fairs in the area. He brought merchandise from Spain every week which he sold at the Fonda and, as if that wasn’t enough, he took the time to guide the hunters from Barcelona. The comfortable saddles he used to transport the ladies of the Areny-Plandolit family, which he collected in Seu d’Urgell, after being notified by mail, are anecdotally remembered.

The “Fonda Coma” was the only one in the area and was located near the church. Despite its small size, it was a perfect arrangement, because on the ground floor you could find a shop with all kinds of equipment and food (including hunting meat …) or taste the succulent dishes that the owner of the establishment prepared on charcoal stoves and with clay pots, especially when hunting and gathering mushrooms.

The occupancy rate was such that sometimes mattresses were placed on the floor or beds were installed in the stable. We took turns eating at a long, busy table so that the new arrivals were as close as possible to the fireplace to relieve them of the harsh winter cold.

In 1913, Bonaventura Coma Pintat, son of the owners, married María Coma Areny and from this union five daughters were born: Rosita, María, Ventureta, Mercé and Carolina.

The good character and the big heart of the couple were, without a doubt, a solid foundation on which to found the family business. It was common for Maria to lend dry clothes to customers who arrived soaked or to volunteer, without hesitation to help any neighbor, by donating goods to meet the needs of their families in these difficult times. For his part, Bonaventura did not hesitate to welcome the refugees during the war, declaring them as his own young men.

Thus, the reputation of the Fonda grows and, in a particular way, that of the kitchen of the “manager”, becoming a must. Neighbors from all the parishes of Andorra came to taste Maria’s specialties: trout, hares, wild boar, Escudella, cannelloni and stews and stews cooked with all kinds of seasonal vegetables and mushrooms, as well as puddings, colas and other sweets…

La Fonda expands, giving birth in 1932 to a new project, HOTEL De BONAVENTURA COMA. Having no Baron son and so that the last name was not lost, Bonaventura gave the name COMA to the new hotel and made his daughters promise that he would never change. Its glazed terraces and billiard room reflected the modernity of the time.

But this exciting project did not last long since, unfortunately, Maria Coma fell ill and died shortly after. The hotel was rented for a period until it was taken over by the married girls who, with absolute dedication and the positivism inherited from their parents, were quick to rebuild the social environment. Her ballroom, with live music by accordionists, has become the primary meeting place for single girls and suitors from the area.

It was in 1952 that Bonaventura rented the hotel again (all his daughters married and raised their own children …), until the “pubilla” of “Cal Ventura” (beneficiary of the inheritance in the absence of men), Mercé Coma, took over the reins of the company with her husband, Josep Riba, adapting the comfort of the establishment to the needs of a new era.

Four children were born from this marriage: Mercé, Eva, Eduard and Josep María. Continuing the generational incorporations, in 1976 the reform of HOTEL COMA was inaugurated with its eldest daughter, Mercé Riba and her husband, Emili Prats.

The operation of the business by the parents continued until 1985, when it was transferred to his son Josep Maria, who, after completing his university training in hospitality and tourism, continued to provide experience and new projects to date, such as the well-known Topic Restaurant, which has become a local reference in the center of Ordino.

Today, his young son Bonaventura, son of Josep Maria Riba and Yolanda Cid, perpetuates the illusions of this ancestral project which keeps his memory burning in the past like a gentle caress, simultaneously glimpsing the future with an intact illusion. 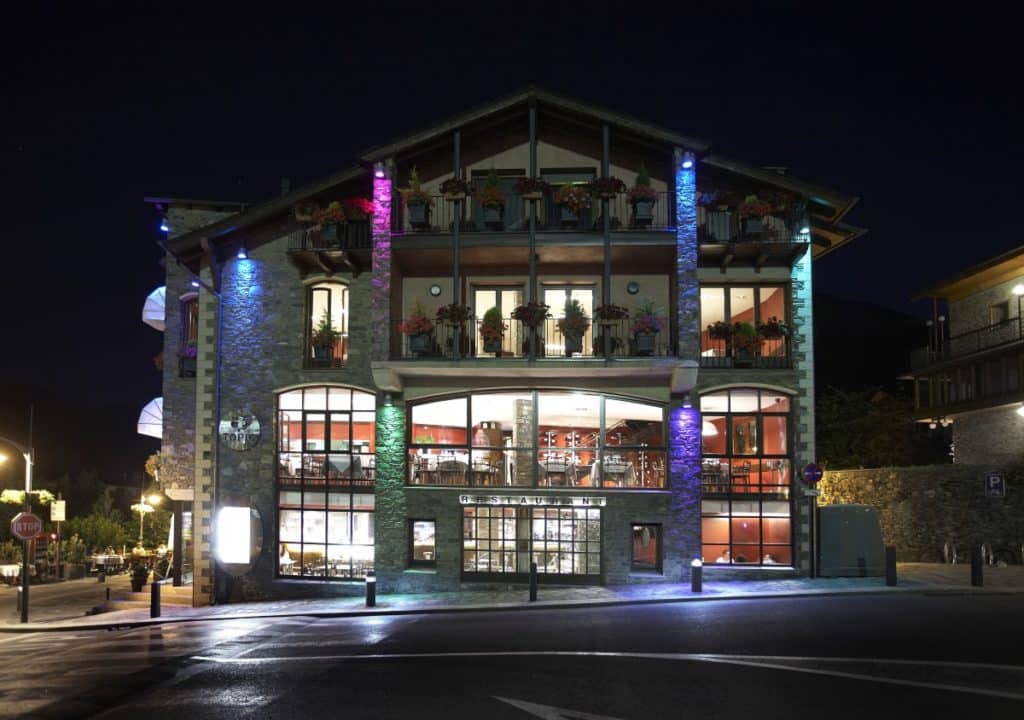